Today America First Action PAC will begin airing a new round of advertisements in Pennsylvania, Michigan and Wisconsin taking aim at Joe Biden’s disastrous economic and trade policies that have decimated hundreds of thousands of American jobs, shipping them to countries like China and Mexico. The digital, cable, broadcast and mail investment continue until July 4th weekend.

“As America emerges from the unprecedented coronavirus pandemic, Americans deserve a leader who will focus on paychecks and prosperity, not politics and malarkey. From NAFTA to China, hundreds of thousands of Americans have paid too steep a price for Joe Biden’s decades of championing policies that shipped American jobs overseas. Now, Biden's running on a progressive platform that would eliminate thousands more.  America just experienced the greatest job gain in history and the choice is clear.There is only one man who can continue to lead America on the path of growth and prosperity: President Donald J. Trump."– Brian O. Walsh, President of America First Action PAC 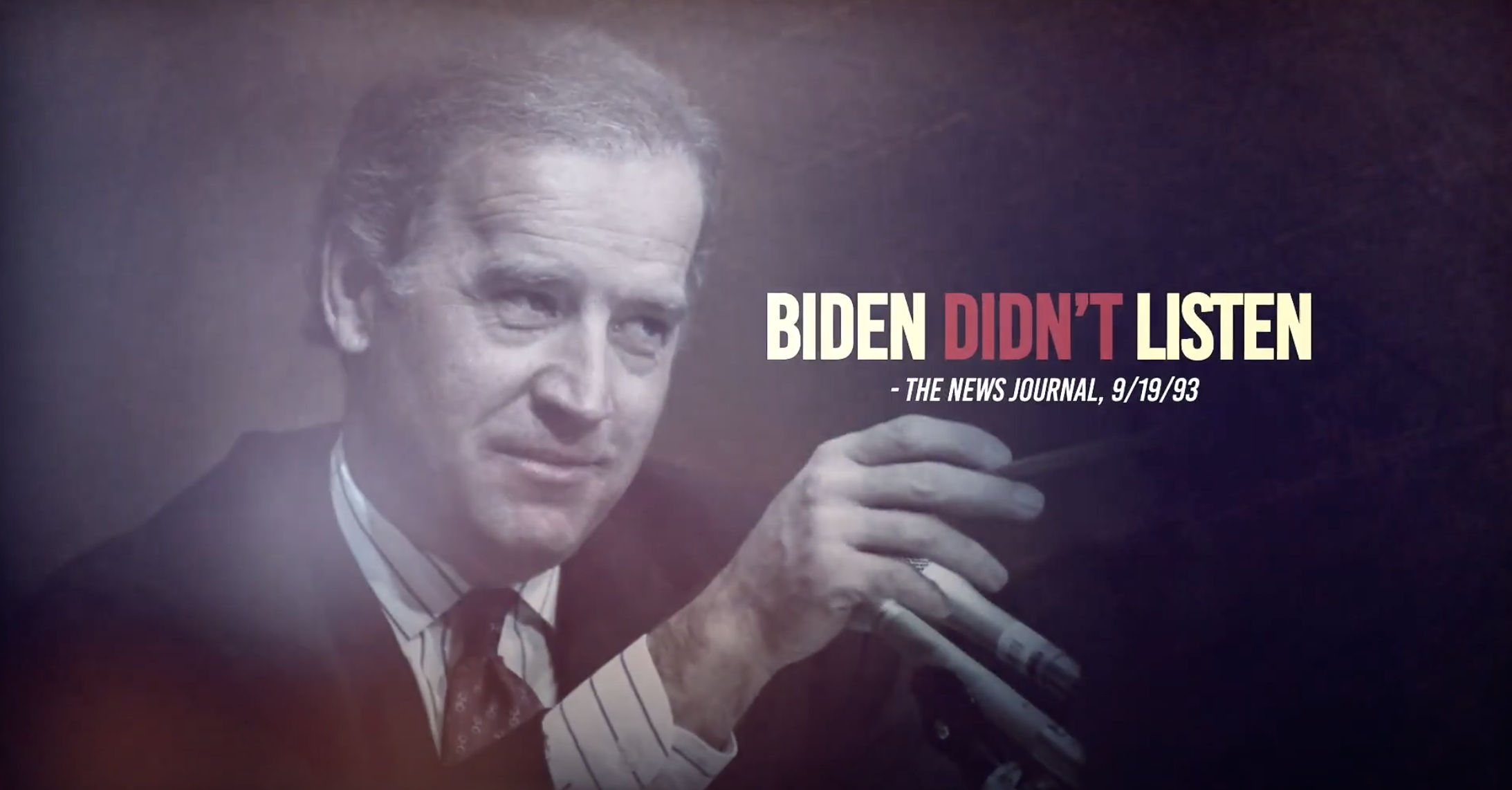 NARRATOR: We warned him. We told him NAFTA would send our Michigan jobs to Mexico. But Joe Biden didn’t listen...

JOE BIDEN: “I’m supporting NAFTA because I think it’s a positive thing to do…” 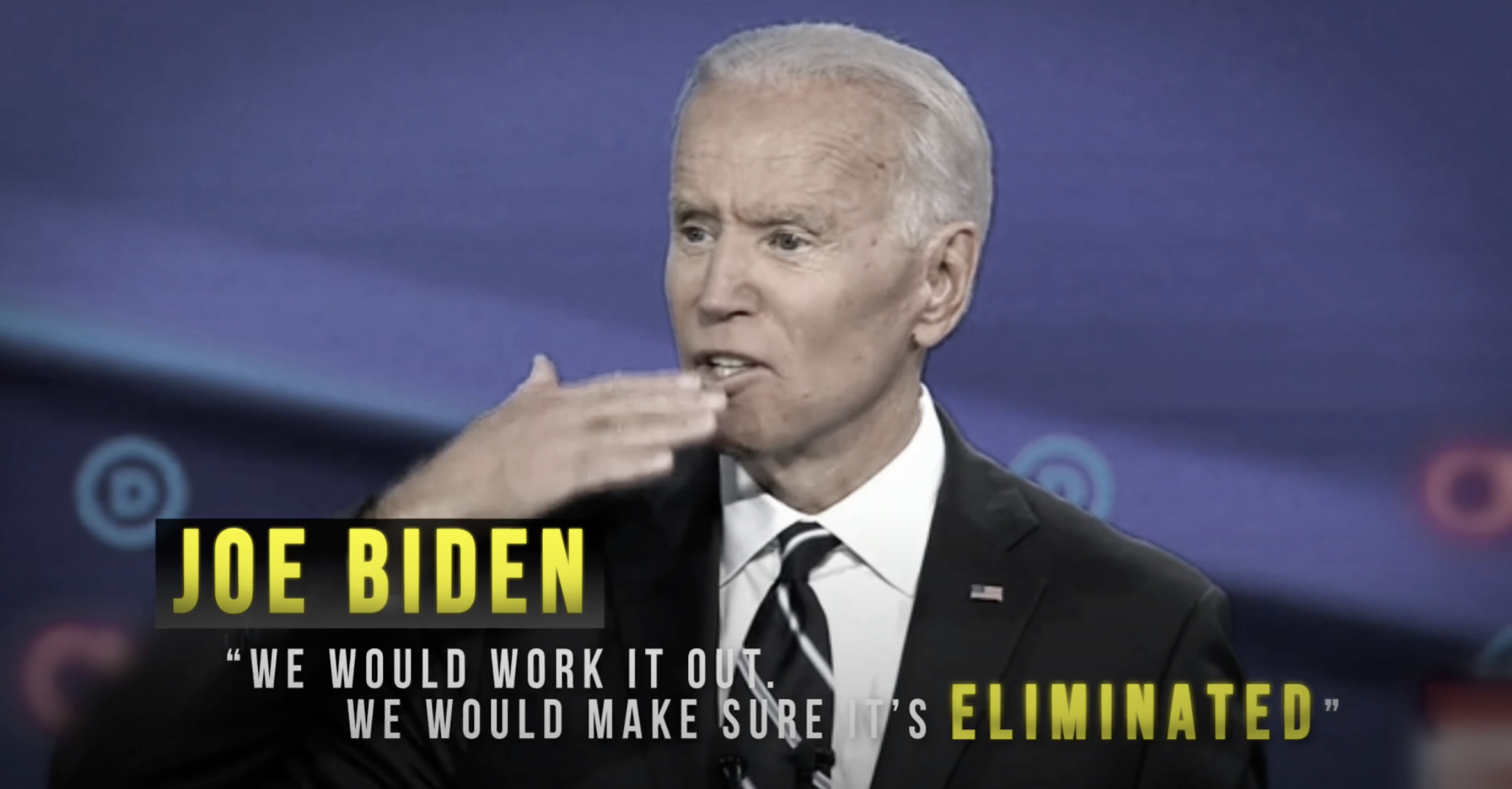 JOE BIDEN: “We would -- we would work it out. We would make sure it's eliminated.”

JOE BIDEN: “We would make sure it's eliminated.” 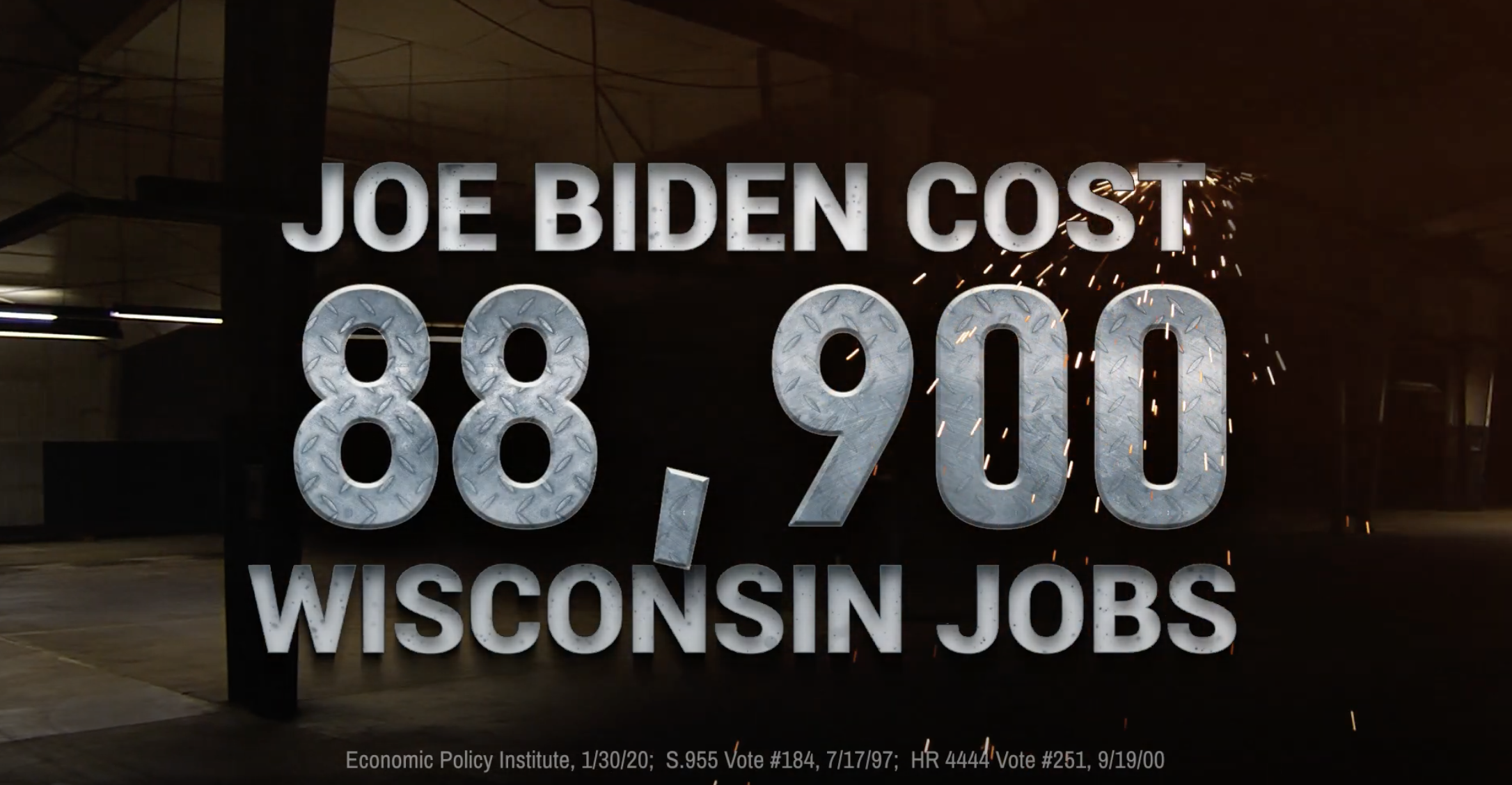 JOE BIDEN: “I’m supporting NAFTA because I think it’s a positive thing to do.”

NARRATOR: NAFTA shipped our jobs to Mexico, closed our factories, and after 20 years, would Biden fix his mistake?